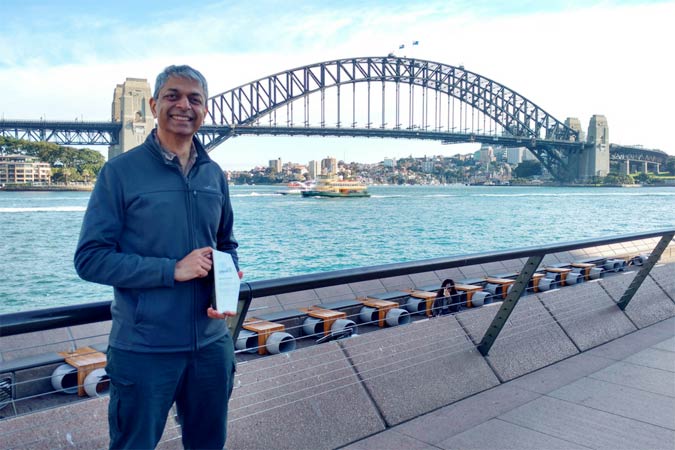 A criticism often levelled at corporates by startups is that they are slow to change and adapt in the face of challenges. Still, in their own way corporates are constantly working to improve their processes, and more are getting used to using new technologies to help them along.One such technology is a system created by Open Orbit. Winner of the Startup of the Year Award at the iAwards earlier this year, Open Orbit is a startup focused on process improvement (PI), or helping fix the ways large businesses operate from within.The idea came from founder Niranjan Deodhar’s decades of experience in business efficiency and effectiveness, through which he thought the process of going about his job itself could be improved through technology.“I could see that the way we did our own job as experts was itself quite inefficient and also ineffective. We get called into do projects which end up taking too long, cost too much. The results are not repeatable or reliable, so basically all the things that we aim to fix in our client’s businesses, the medicine that we give our customers, our patients, we could be taking that medicine ourselves,” he explained.

As Deodhar explained it, Open Orbit looks to solve these problems through an algorithm that makes this process faster, more cost effective, and more sustainable. However, it’s not just plug and play.

“It’s an algorithm that interacts with human judgement, so it’s not a driverless car, it’s more like a GPS. You still need to drive yourself, you need to know where you want to go, watch out for pedestrians, but it shows you the way and relieves your mental capacity from having to remember where to turn, so you can think of other things.”

The system works through a symptom-cause-remedy loop, Deodhar explained. If the PI professional is a doctor and the patient is the business process, the doctor can specify certain contextual information – the business objective and the process of achieving it – after which the system then starts to make recommendations, such as adjusting a particular aspect to measure something else or exploring another particular factor to measure if it is the cause of a problem.

“It takes you to the symptom-cause-remedy loop by making recommendations and that’s how you get to the solution faster,” Deodhar said.

The system has been built around the Lean Six Sigma methodology, itself built around tools and techniques from Lean and Six Sigma, which according to IBM looks to uncover process waste, reduce non-value adding activity, and increase organisational capability, reducing costs and freeing up resources and budgets for other investments and projects.

Himself a Lean Six Sigma consultant, Deodhar had the idea for Open Orbit in 2014, leaving his job towards the end of the year. He had had around 25 years of experience in corporate and consulting roles and decided that rather than wait for someone else to build a tool to make the job more efficient, he would built it himself. With a background in IT, he was able to start building the software itself alone.

“I was quietly confident that the market needed it, because I had felt it myself, I had been in the customer’s shoes so to speak. The business case what pretty strong in my mind and so the leap of faith was, can I go from corporate and consulting into startup land? I decided to back myself and just do it,” Deodhar said.

The startup is aimed at major corporations spending tens – if not hundreds – of millions of dollars on business transformation projects to make themselves more nimble and responsive for their customers, as well as the service providers working for those corporations as outsourcing or consulting providers to solve their problems.

The first client Open Orbit signed on was in fact an international company, with customers now in five countries including Australia. Deodhar said the startup approaches companies by explaining to them how they can use Open Orbit’s system to replace some of the expertise they are paying for, which typically costs between $1000 to $3000 a day; the contract value for a large corporation signed on to Open Orbit goes into a “few hundred thousand dollars”, Deodhar said.

“It’s not $5,000 or $10,000, but it’s not millions either, and therefore we find that in major corporations the bigger discussion is actually about, ‘do I see myself absorbing this into work practice and all the effort that goes into making that change management happen?’ That’s the bigger question, not the cheque that they cut us.”

Deodhar said the startup has over the last year adapted its marketing after learning more about its target market and who to approach within an organisation.

“We thought we were building a tool which would start first with the expert practitioner and then grow into the wider corporation, but we have been pleasantly surprised that clients are taking us into the broader corporation even before getting all the experts on board,” he explained.

“Again, if you look at the GPS analogy, a GPS can make a good driver better, but it can actually have an even bigger impact on someone who is not familiar with the road. So if it can make the expert himself 10 to 20 percent better, it can actually make the rest of the organisation 50 percent better, and there’s ten times more of them; there’s always less non-experts than experts.”

Over the next 12 months Deodhar said Open Orbit may look to raise some funding to complement its cash flow to help it continue to scale globally, as well as facilitate the development of new features and products, including a diagnostics service.

“When you meet a management consultant in context of a business efficiency problem, think of a comparison with a doctor. When you see a doctor you spend 20 minutes with them and they give you something insightful and useful to think about, whereas when you talk to a management consultant they would say, ‘do you have spare room? I need to come and live with you for 3 weeks.’ So it’s a very different approach, not about bagging anyone, just making the best of both worlds available to clients,” Deodhar said.

In the long term, Deodhar said he is interested in looking at how the algorithms and systems can be applied to different industries, such as Open Orbit for law, or Open Orbit for medicine. 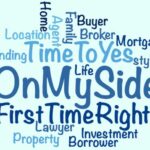 Our valued customer HSBC speaks of our relationship