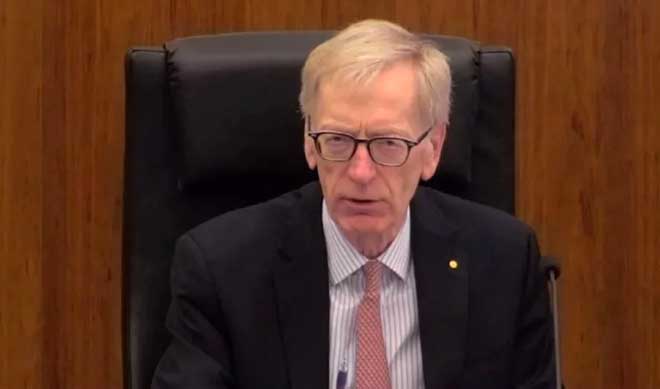 The former Justice of the High Court of Australia – the highest court in the Australian jurisprudential hierarchy – is better known these days in banking circles as Commissioner Hayne.

His rulings are likely to drastically alter the landscape of financial services as we know them.

The problem is that many of the professionals to whom we entrust our financial hopes and dreams seem to be responding to the Royal Commission with sluggish reluctance.

Waiting for regulatory change is only going to make the situation worse.

This is because there was always regulation in place – but the culture in some parts of these enterprises allowed it to be ignored when it was coming in the way of business targets.

Moreover, the processes in place did not provide adequate checks and balances to manage these cultural issues.

So, in the end, culture – one of the hardest beasts to shift – could be deemed the biggest culprit in this entire banking scandal.

The good news is that there is no need for financial services firms to wait for Commissioner Hayne’s final rulings to be handed down in February 2019 to make much-needed changes.

The time to act is now.

So, how can financial services firms act now to save themselves, and begin shifting their culture immediately?

Changing culture, from the inside out

Being a services industry (the clue is in the name – financial “services”), incumbents are heavily reliant on human decision-making and expertise.

Even widespread automation and disruption hasn’t taken away this crucial characteristic.

But fixing cultural issues around how judgment-based decisions are made is of course notoriously challenging. And hiring a team of expensive consultants doesn’t just burn holes in the back pocket.

It can also be extremely time-consuming, and is plagued with the same human error issues that are afflicting our financial institutions in the first place.

There are, however, new emerging technologies that are able to assist with these types of cultural changes.

They empower staff who are making these day to day decisions to think of their own work in a different way.

They apply a problem-symptom-cause-remedy approach to finding and fixing problems in the business by guiding human thinking, and they reduce the time and cost of projects in the process.

A case in point

To take just one example, a marketing campaign run by a global bank was expected to double mortgage application volumes.

To ensure that the business had the capacity to process this surge in volume, the project manager engaged an expertise automation platform to apply the problem-symptom-cause-remedy approach:

It was suspected that the inefficiencies were caused by the plethora of templates being used to communicate with customers.

The capacity thereby released was used to process the additional volume created by the marketing campaign.

An effective doubling of the bank’s capacity to process mortgage applications – as the marketing campaign was intended to do.

In the above example, it was the AI in the platform made all the difference. It ensured the analysis was completed in three weeks, instead of the usual three to four months.

Incorrect assumptions made at the start of the project were also replaced with correct root-cause analysis, which contributed to this vastly shorter timeframe.

And similar outcomes are being realised for improvements to compliance and controls across many different enterprises.

Through these technologies, cultural and operational change is possible at a fraction of what it currently costs to rectify such issues in the traditional way.

There is good reason to begin now. Firms that lead the way in changing ahead of their peers are likely to have a competitive advantage by being compliant and culturally ready once the ink on the final report is dry.

It’s up to each Chief Operating Officer of the nation’s financial services companies to make these changes, and ensure they are in place by February.

Because when Commissioner Hayne hands down his findings, there is no doubt that many Australian firms involved in banking, insurance, and superannuation – including much of the ASX top 50 – will be forced to make significant changes to their practices.

Protect yourself, and the industry as a whole, by getting on the front foot now.

Save yourself the depression.

Skip right to “acceptance” and Hayne-proof yourself before Commissioner Hayne’s ink has time to dry.